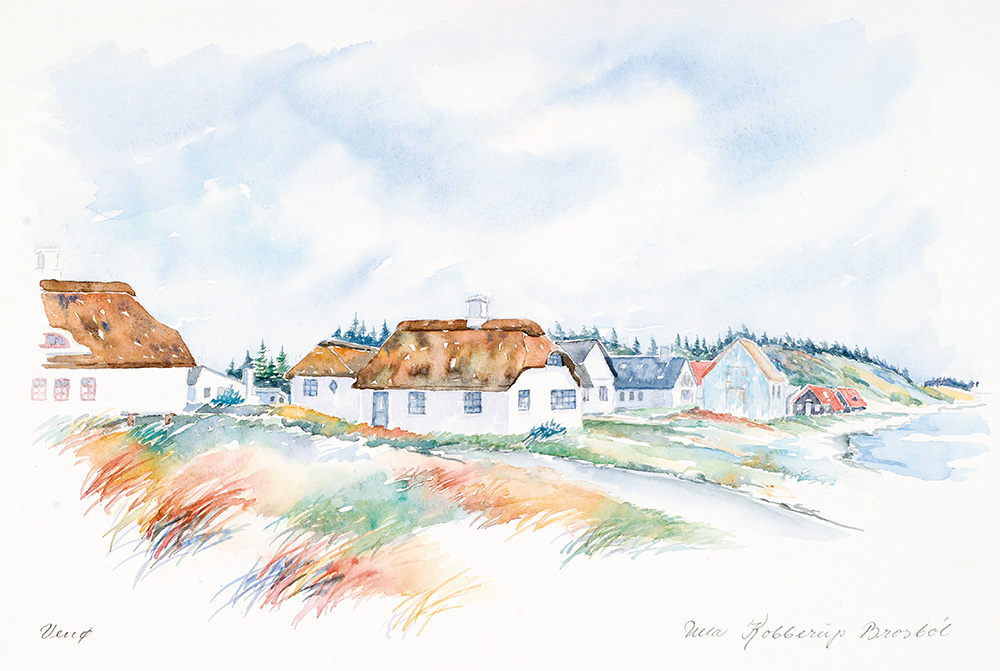 The harbour on the island of Venoe opened on June 23, 1926, when 3 ships entered the harbour. It was the freighter Olympia, the oyster scraper The Boy and the cutter Dagmar. At that time the port was barely finished, but it became an important link to the outside world. The postal boat from Struer brought return goods from the dairy to the farmers, mail, fuel, petroleum jugs and merchandise to the grocer. Even large agricultural machines, like threshing machines and tractors, could be transported by the postal boat. During the german occupation Venoe became a destination for many people from the mainland. The summer guests enjoyed the relaxing sailing trip with the sightseeing boat Ternen as well as the beach life, while Danish opponents practiced their shooting skills in remote places. Accommodation guests lodged at Pension Postboligen (the postman’s house) for relaxing in a rural setting. Today Pension Postboligen is Venoe Kro (Venoe Inn). Gradually, more and more yachtsmen also came.

The modern ferry to Venoe was first established in 1958. Before that time, the connection to the mainland was taken partly by the postal boat from Struer Harbour, partly by a ferry crossing the Venoe sound.

The island of Venoe is equal to water. The island is only 1.5 kilometers at its widest point, so the Limfjord is always very close. It spreads out like a glittering silver carpet on the water, and when the wind blows, it hisses and the sea shows its teeth, as we say.

The small idyllic marina on the west side is Venoe’s natural centre. From here everyone goes to sea, whether it’s windsurfers and kite surfers in search of a favourable wind behind the pier. Sea kayaks and sailing boats take a trip around the island.

On land is Venoe Kro (inn) with the locally known famous Venoe beef steaks. Venoe Church dates back to the Middle Ages, and is the country’s smallest church. It has recently been beautifully restored. There is an art Gallery and not least Venoe Boarding School, which has an author line, nature and outdoor line, as well as a surf and sailing line. It is a lively part of the island’s environment – on land and at sea.