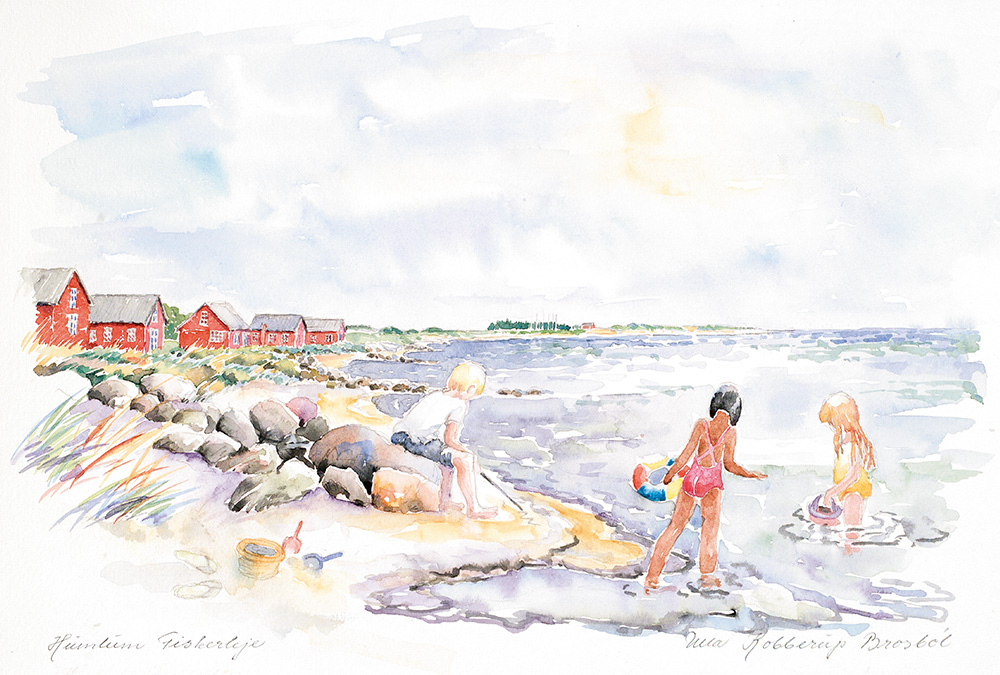 In Bredalsvig, east of Humlum, there are 9 fishing houses (sheds) that shine in their Swedish red colour, when the sun is out. This is where the fishermen from Humlum fishing village sailed out in their small fishing boats at the beginning of the 20th century. Men, who lived from fishing garpikes, herring and eel and sold them to Germany and Copenhagen. Today the houses are still in use, but the old fishermen have been replaced by the anglers.

The nine utility houses are built from 1912-1930. This does not apply, however, to the house on the western side of the road, originally a forge, built in Oddesund South by the German occupying power in 1940-45, and then moved to Humlum harbour as a shed.

The marina, which is used diligently today, was created in 1947 by the fishermen. The harbour basin was already finished, when the Germans had used the site as a gravel pit, so the only thing the fishermen needed to do, was to dig a canal from the Limfjord to get the place filled with water. 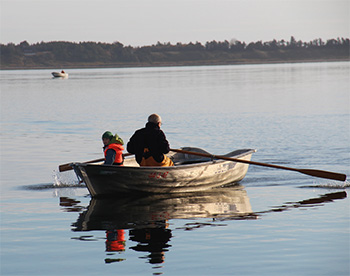 Humlum Fiskerleje today consists of a number of red fishing sheds and a harbour, that previously formed a framework for coastal fishing in this part of the Limfjord. In 1969 the campsite was established and based on the fishermen’s sheds, the harbour and the campsite. The area developed into what we see today, an area with the possibility of an active outdoor life with the fjord as a focal point.
I myself have one of the fishermen’s houses, which make us able to do fishing in the fjord, repairing fishing nets, kayaking and canoing or just relaxing on the beach and enjoying the view of Venoe Island. I inherited this from my father and my uncle, Kristian and Anker Soerensen, who were coastal fishermen. They bought the shed in 1950. Their father started fishing from Humlum in the 1930s from one of the other fishermen’s sheds, and so I represent the 3rd generation at the Humlum Fiskerleje.
The marina is a place where there is an active life with the possibility of sailing yachts, motorboats and dinghies on the fjord. There is a cosy and beautifully located campsite with many activities for children and adults, and is a natural base for enjoying life by the Limfjord.